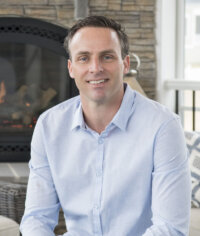 With much thanks to our clients, Metro is delighted to announce that we have earned a place on Qualified Remodeler magazine’s list of TOP 500 remodelers in the US for the fourth year in a row.

The Qualified Remodeler magazine TOP 500 list includes design/build firms alongside many other categories of remodeling firms such as insurance restoration companies, replacement remodeling contractors, and kitchen and bath remodelers. Many of those other types of remodeling companies are franchise or national organizations. Most design/build remodeling firms, like Metro Building and Remodeling Group, are single-location firms, so ranking among multi-location firms having combined corporate/national revenue with the potential to be many times higher is an impressive feat.

“Based on Qualified Remodeler’s analysis, firms that are ranked on the 2021 TOP 500 are experiencing a boom in business. Firms that have made the list multiple years [such as Metro] tend to share common attributes — strong revenues, a commitment to customer service, as well as leading sales and marketing programs,” said Patrick O’Toole, co-owner and publisher of Qualified Remodeler. “These attributes helped put the firms on this list and contribute to their ongoing success in remodeling and home improvement.”

Our Photo Gallery
Our Client Reviews
Page load link
Like Our Blog?
Join Our Newsletter
Give it a try, you can unsubscribe anytime.